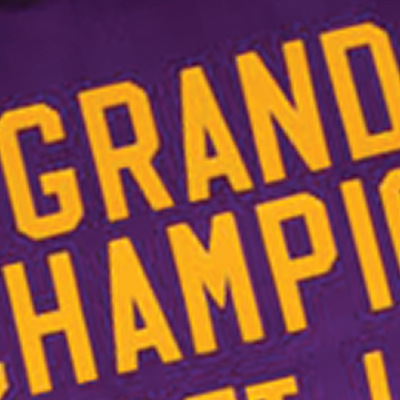 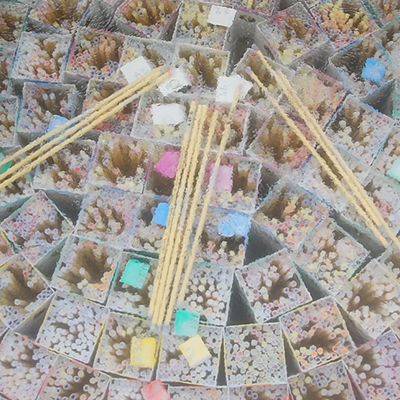 Liquid semen is available from over 150 sires to help you meet your genetic needs. Boars representing the following commercial lines are housed at SGI: Purebred, Exotic, Terminal, Maternal, Meat Quality and Certified "Niche" Program animals. We also offer 40 sires that comprise our showpig program. Frozen semen is available on boars housed at SGI since 1981 - including sires currently on stud. SGI is very active in exporting both swine semen and live animals all over the world. Our current staff provides artificial insemination and production-related consultation for swine operations globally.

Thank you to our customers that have supported us for over 30 years in the genetics business!

Next up on the “HOW TO” series is BOMB SQUAD

BOMB SQUAD – Brake Lights x Man on Fire x Slats
BOMB SQUAD has earned the designation of consistency through his 4th crop of pigs. Breeder’s from all over the country have experienced his ability to add stoutness and power without sacrificing [ … ]

“HOW TO” Series :: CHALK THE FIELD

Next up on the “HOW TO” series is CHALK THE FIELD

CHALK THE FIELD – Dirty South x Dirty Secret x Fortune
CHALK THE FIELD comes to us from KB Showpigs (Kale Boysen) and his first litters arrived later this Spring. We couldn’t be more excited about what we’ve seen. Customers have [ … ] 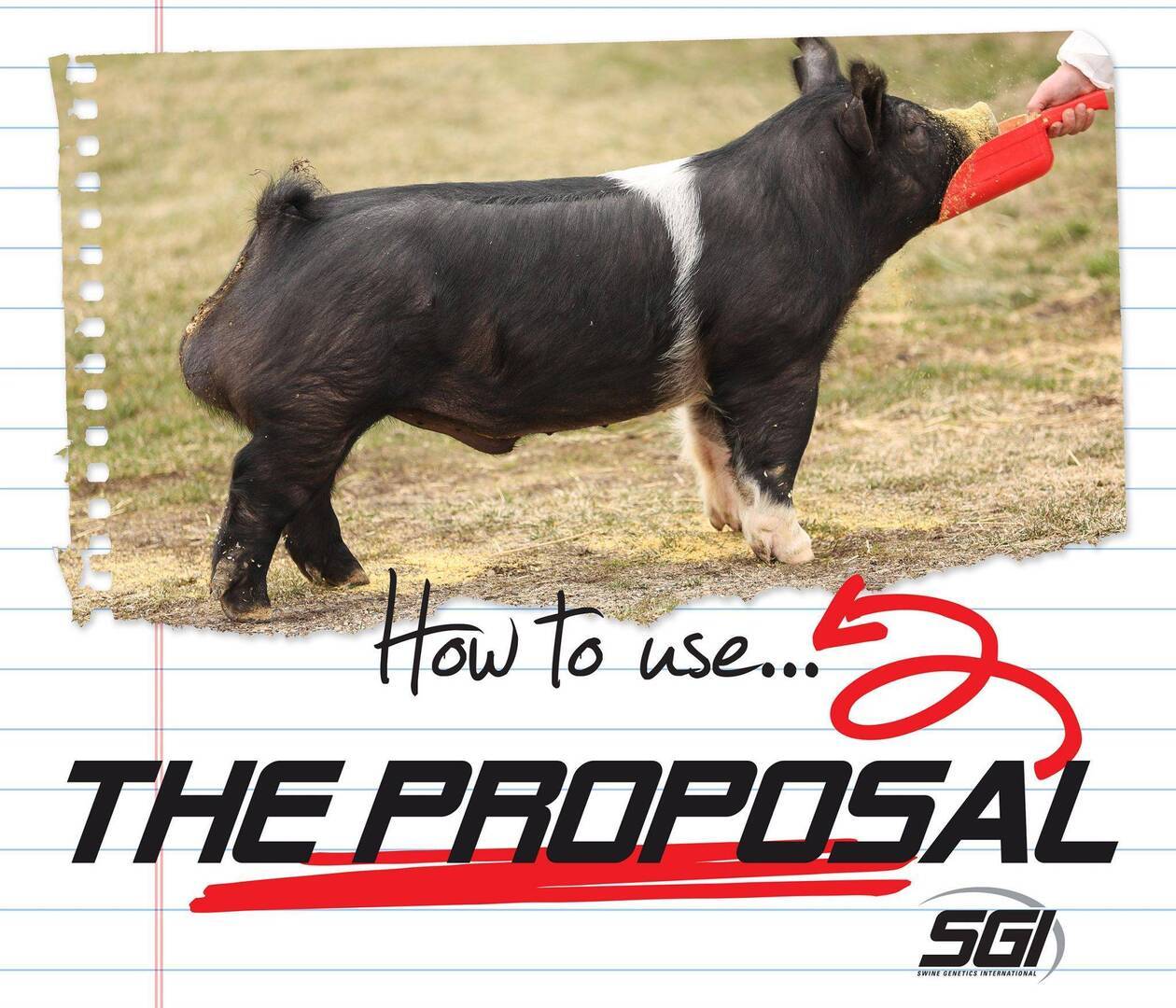 THE PROPOSAL – King of the Hill x Redemption x “Daisy” Visionary
THE PROPOSAL is an exciting, new addition from Git-R-Done Showpigs in Yuma, AZ. For those that don’t believe that there could be elite showpigs generated in that part of the [ … ] 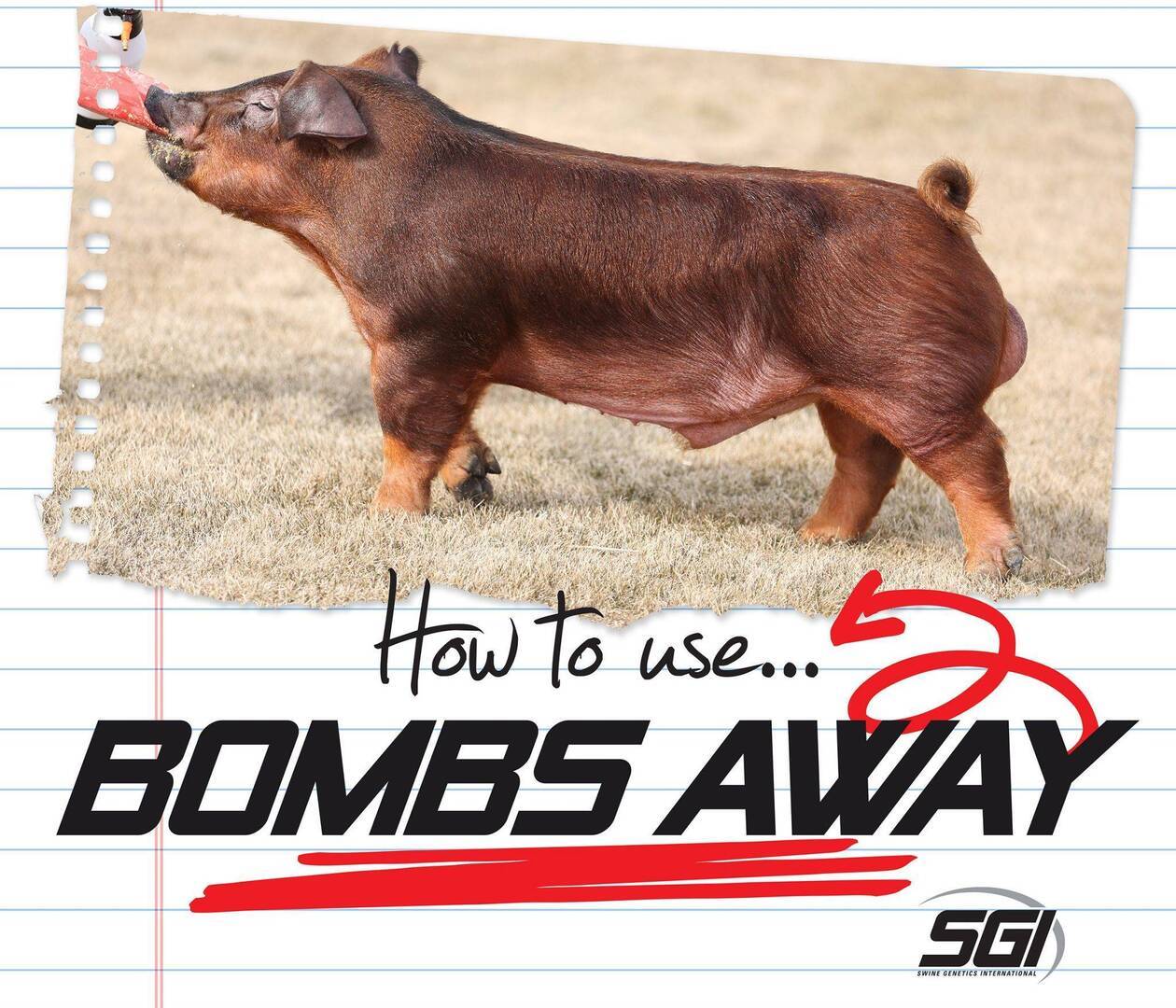 Next up on the “HOW TO” series is BOMBS AWAY.

BOMBS AWAY – Bomb Squad x Feel the Burn x Can’t Stop
BOMBS AWAY comes from one of the very best Duroc females at Lettow Showpigs. BOMBS AWAY shares a similar pedigree to the Supreme Overall Gilt at OYE (raised by Mosteller [ … ]

“HOW TO” Series :: SOUL SEARCHIN

Next up on the “HOW TO” series is SOUL SEARCHIN.

SOUL SEARCHIN – Dirty South x Wedding Night
SOUL SEARCHIN will be new to many of you and was a Spring ’20 addition from C&C Showpigs in Oklahoma.  SOUL SEARCHIN is another very impressive, barrow oriented Dirty South son that comes from [ … ]